A Memorial Page for Webb Lodge #24

Jackson Durham Sr. 73 of Richmond died January 19, 2012 after a short illness. He was an Army veteran and a member of Webb Lodge #24 Free and Accepted Masons and the Scottish Rite Indianapolis Valley. Jack retired from General Telephone after working 25 years. He was employed at Family Tradition Trucking as a part time driver.

James A. Lasley 77 of Richmond died August 1, 2009 at his home. He was the present Master of Webb Lodge #24 Free and Accepted Masons, Past Master of Hiram Lodge #417 Centerville, Indiana, Dayton Valley of Scottish Rite, Murat Shrine and former member of Tarum Shrine. He was the current President of the Murat Veteran Car Club. He was a 54 year Masonic member. 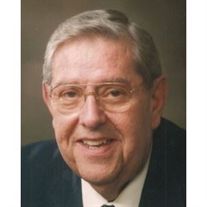 James Robert Ross 68 of Richmond died June 28, 2016 at his home. Jim served his country for 21 years in the Army. Jim was a member of Webb Lodge #24 Free and Accepted Masons and also Tarum Shrine and Scottish Rite Indianapolis Valley. Jim was the current Junior Warden of Webb Lodge #24 at the time of his death. 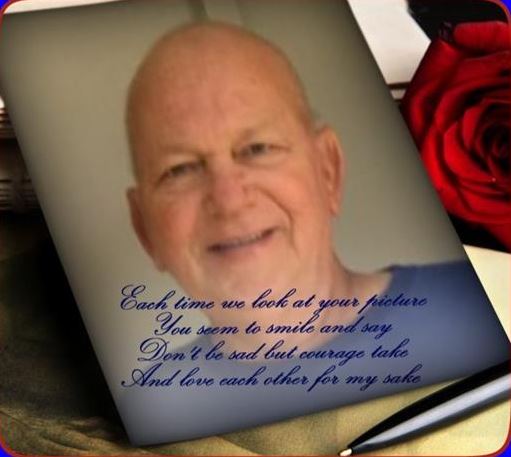 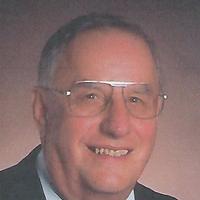 Merle J. McIntosh, 87, of Richmond passed away on May 6, 2017 at Friends Fellowship. He was born April 8, 1930 in New Salisbury, IN to the late Victor and Kathryn McIntosh. On May 28, 1950 he married Louise Sieveking, who survives. He was an active member of the Crandall Masonic Lodge #591, and joined Webb Lodge #24 when he moved to Richmond. He received his 50-year service award in 2015. 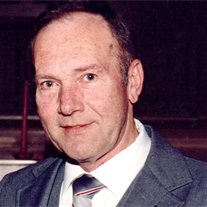 Jewell "J.T." Scott, age 83, of Richmond, Indiana, died Thursday, September 7, 2017, at his home. Born February 21, 1934, in Black Springs, Arkansas, to Jewell Joseph and Stella Nora Lavada Weeks Scott, J.T. lived in this community most of his life. He graduated from Montpelier High School in Indiana. J.T. served in the U.S. Army during the Korean War. He retired from ALCOA, after more than 30 years of service. J.T. was a member of Masonic Lodge #196, where he was a past master and former secretary. He was a former member of the Whitewater Valley RC Club, Richmond Propbusters Club, and Old Trails Rifle and Pistol Club, where he was a past officer. J.T. had a passion for flying radio-controlled planes and enjoyed model trains. 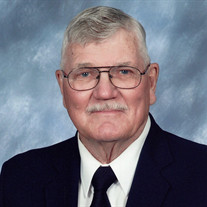 Obituary for John H. Pemberton RICHMOND, Ind. – John H. Pemberton, age 94, of Richmond, Indiana, died Monday, January 29, 2018, at Reid Health. John was born on February 25, 1923, in Colfax, Illinois, to Frank L. and Elsie Picolla Brammer Pemberton. His family moved to Bloomington, Indiana, where John graduated from Bloomington High School in 1942. He volunteered for the U.S. Army in 1942. John served with the 607th Tank Destroyer Batallion, 296th Engineer Combat Batallion, and 1273rd Engineer Combat Batallion. He saw action in France and Germany during World War II and was discharged in 1946 with the rank of T/Sgt. John graduated from Indiana University in 1949 and began his teaching career in Galveston, Indiana. He was an elementary and junior high science teacher, history and civics teacher, and high school counselor with Richmond Community Schools for 32 years, retiring in 1985. John was an active member of Central United Methodist Church for over 60 years. He was a member of the Richmond Lodge No.196, F. & A.M., where he served as Worshipful Master; a life member of the Indianapolis Valley of Scottish Rite; and honorary member of Hiram and Webb Masonic Lodges. John also belonged to AARP, Richmond Emmaus Community, the National Eagle Scout Association, and was a charter member of the Richmond Rose Garden, where he volunteered for 30 years. John enjoyed hiking in Germany and the Alps. He loved his grandchildren. Survivors include his daughter, Sherry Lynn Study of Richmond; grandchildren, Jason (Kris) Study of Fredericksburg, Virginia, Kristi (Jerry) Nichols of Indianapolis, Indiana, and Katie Study of Noblesville, Indiana; four great-grandchildren; nieces; nephews; and many friends. He was preceded in death by his wife, Jean Pemberton, who died on July 5, 1999; parents; three sisters; and one brother. Memorial visitation for John H. Pemberton will be from 1:00 to 2:00 p.m. Saturday, February 10, 2018, at Earlham Memorial Mausoleum, 1101 National Road West, Richmond with a Masonic Service at 1:45 p.m. Memorial service will follow at 2:00 p.m. Saturday, February 10, 2018, at Earlham Memorial Mausoleum with Pastor Curtis Banker officiating. Entombment will be in Earlham Memorial Mausoleum with military honors provided by the Wayne County Honor Guard. Arrangements are being handled by Doan & Mills Funeral Home, 790 National Road West, Richmond. 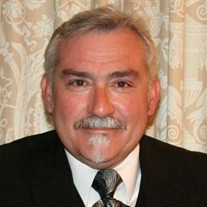 Obituary for M. Chad Olmsted RICHMOND, Ind. – M. Chad Olmsted, age 50, of Richmond, Indiana, died Monday, January 8, 2018, at his home surrounded by his family. Chad was born on March 31, 1967, in Valparaiso, Indiana, to Randall Marc and April Collins Olmsted. He moved to this community in 1995, where he began working as a licensed funeral director/embalmer at Doan & Mills Funeral Home. Chad had worked in funeral service since he was 18 years old. He was a member of Webb Lodge No. 24, F. & A.M. and Pi Sigma Eta (National Fraternity of Embalmers) and was a former member of the now defunct American Society of Embalmers (ASE), St. Paul’s Episcopal Church, and St. Paul’s Lutheran Church. Chad loved playing the guitar, going fishing, spending time with his family, and playing with his grandsons. He was an avid hockey fan and Formula One and IndyCar racing fan. Survivors include his wife, Laura Coddington Olmsted, to whom he was married on Valentine’s Day 2010; sons, Michael C. (Miranda) Olmsted II of Richmond and Jordan R. Olmsted of Chillicothe, Ohio; grandsons, Kaleb and Mason Olmsted and their mother, Kristin of Richmond; mother, April Olmsted Settle of Knox, Indiana; father, Randall Marc (Amy) Olmsted of Schererville, Indiana; sister, Lori Shields of Valparaiso; grandmothers, Doris Mettler of Columbus, Indiana, and Mary (Ross) Carroll of North Vernon, Indiana; numerous nieces, nephews, aunts, uncles, and cousins; mother-in-law, Lucille Coddington; brothers-in-law and sisters-in-law, Rick and Sylvia Blunk, Ron and Diane Coddington, Leasa Powell, Drew Sheffer, Dennis and Barbara Eaton, and John and Linda Johnson; and his staff family for over 22 years at Doan & Mills Funeral Home. He was preceded in death by his grandson, Jack Olmsted; stepfather, Dennis Settle; grandfather, George Collins; grandfather and step-grandmother, Clarence (Zona) Olmsted; father-in-law, Ronald Coddington; and sister-in-law, Larinda Sheffer. Visitation for M. Chad Olmsted will be from 4:00 to 8:00 p.m. Thursday, January 11, 2018, at Doan & Mills Funeral Home, 790 National Road West, Richmond. Funeral service will be held at 2:00 p.m. Friday, January 12, 2018, at Doan & Mills Funeral Home with Chaplain Rick Alvey officiating. Burial will be in Earlham Cemetery. 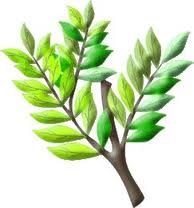 A sprig of acacia is placed upon the coffin of a brother who has passed. It is a symbol of immortality. It is in Job 14:7 that we learn of the hope of a tree if it be cut down, that it will sprout again. That which grows and dies and grows again is emblematic of the acacia. 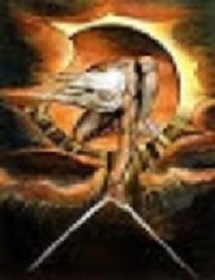